What Should I Do with My Yogurt Cup? (part 2) 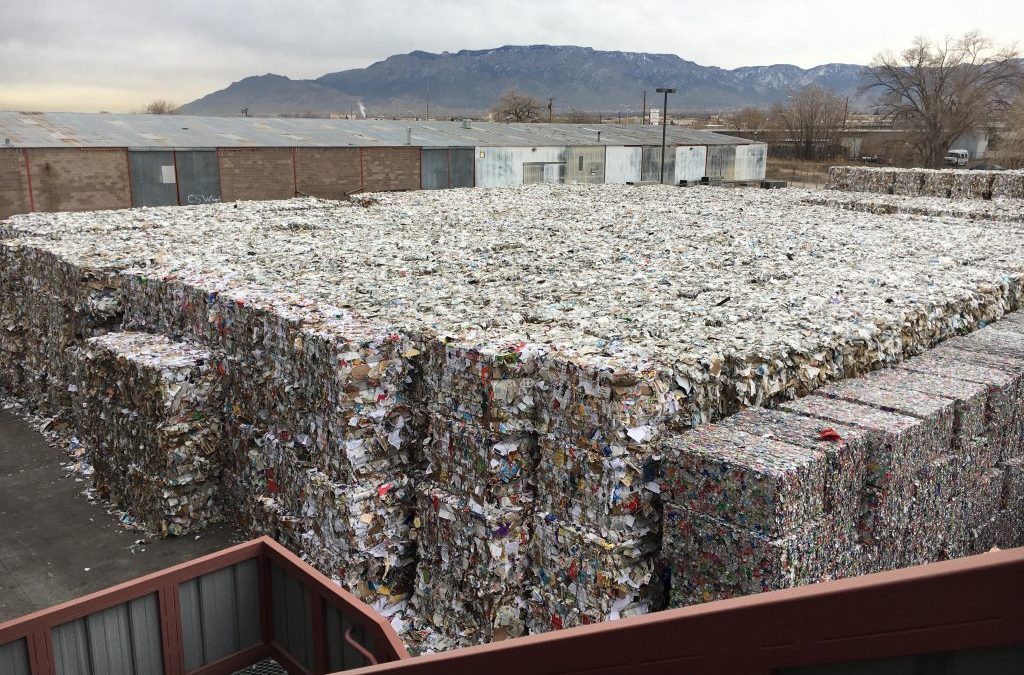 Humans have been recycling in one form or another for hundreds (if not thousands) of years.  For most of history, new materials have been expensive and difficult to obtain, so people used and reused whatever they had.  This has been particularly true in times of war or economic shortages. Mass scale recycling was born sometime in the early 1970s.  The first recycling “programs” required consumers to separate recyclable materials into different bins, such as glass, paper, metal and plastic They also required recyclable material to be clean, and often consumers had to transport the bins to recycling centers. This recycling model was fairly effective, with most of the material actually being recycled, but did not gain wide acceptance.

In the early 1980s, the first curbside recycling programs began to appear, and the country eventually moved to a “single stream” or mixed recycling model, in which all recyclable materials are put into one bin.  Along with this change, some municipalities began to mandate recycling. This greatly increased the number of households willing to recycle, but it also created another problem, namely that the material still had to be sorted before it could actually be recycled. The recycling industry has struggled to develop machinery to accomplish the sorting, but the problem persists, and other problems have arisen.  As Americans enthusiastically signed on to the notion of recycling, they have begun to cram their recycling bins with all sorts of material that is not recyclable. This is known as “aspirational recycling”, but whether it is the result of extreme optimism or just laziness is hard to say. But there is a lot of confusion about what is recyclable and what is not. One of the problems comes from the use of that little circular arrow symbol that every manufacturer now stamps on plastic containers. The symbol was originally designed by a University of Southern California student in 1970 for a contest tied to the first Earth Day celebration.  The numbers printed inside the symbol (from 1 to 7) refer to the type of plastic used in the container.  Here’s what they mean.

The use of this symbol has never been regulated, and different manufacturers may use it in different ways. Just because it has that little recycling symbol on it does not mean it will (or even can) get recycled.

A great deal of the plastic we use is not really eligible for recycling. The reasons for this are multiple. For some plastics (called thermoset plastic) there really isn’t a process to recycle it.  For others, it simply isn’t economically feasible, meaning that the cost of recycling is greater than the cost of producing new plastic. Many plastics are used in tandem with other types of plastic or other materials, and it is not possible to separate them.  Other plastics are too dirty to recycle.  Some examples of items that seem to most of us to be recyclable, but which are not recyclable are:

For the most part, only clear plastic (such as water bottles) labeled with “1” (Polyethylene Terephthalate or PETE) or “2” (High Density Polyethylene or HDPE) is actually recycled. Colored plastic, although potentially recyclable, poses another problem. For colored plastic to be recycled effectively it really needs to be sorted by color.  But every manufacturer of bottles and containers (from milk to shampoo) has a different array of colors. Sorting by colors is practically impossible.  If all the colors are mixed together, you end up with a dull brown or grey—a color that is not marketable. Some manufacturers have “solved” this problem by putting a tight colored sleeve on a clear container instead of coloring the plastic. But that creates a different problem—that of getting the sleeve off before the recycling process can begin. And, of course, the sleeve is often a type of plastic that is not recyclable!

Even if the plastic can be recycled, it can only be recycled once or twice. That plastic water bottle is not simply melted down and made into another plastic water bottle. Most plastic that is recycled is actually “downcycled”.  It is made into something of lower quality and lesser value, such as carpet or a cotton-poly fabric or fleece. These items are not recyclable, and they are STILL Plastic, which will end up somewhere in the environment. Furthermore, the recycling of plastic always involves the addition of new “virgin” plastic to increase its quality.  That means more plastic. By contrast, both metal and glass are recyclable almost indefinitely.

Another issue to be considered here is what portion of the potentially recyclable material is actually recycled? Let’s consider what happens to your yogurt cup after you put it in the recycle bin.  It gets picked up by the recycling division of your municipal solid waste management department.  It then gets unloaded to a conveyor belt at the local recycling center and is typically sorted either by machines or by humans, sometimes a combination.  In this process, non-recyclables, small items, and dirty items are removed and sent to the landfill.  The rest is bundled into large bales and sold to a wholesaler who then sells it on. The yogurt container in my fridge right now is labeled with a “5.” That means it is polypropylene, which is a type of plastic that could potentially get recycled. However, if it is dirty it will probably be sent to the landfill. If it is enclosed in a trash bag or broken into small pieces, it will end up in the landfill.  So, a lot of plastic that could be recycled is not being recycled because of problems with the process.  This includes recyclable plastic that is thrown into trash bins instead of recycling bins. No one knows how much this might be.

For decades most recycling in this country ended up being loaded onto ships and sent to China where it would get sorted, and some of it would be recycled into cheap plastic goods—bags, shoes, toys, and endless other plastic items that would then be exported around the world. There were several problems with this system. First, most municipalities could barely break even between what was paid for the recycling and the cost to collect, sort and bundle it.  Second, the carbon footprint of all that transportation just adds to the climate problem. Third, plants in China were stuck with tons of unrecyclable and unusable material, and a lot of it got dumped into landfills, rivers and the ocean.  Then, in 2017, China announced it would no longer accept plastic for recycling starting in January 2018.  Since then, recycling has been piling up as municipalities struggle to figure out what to do with it. Some has been diverted to other countries, most of whom are not really equipped to deal with it. In fact, Malaysia has recently started shipping back large containers of recycling material that has been illegally shipped there.  But the problem remains. With no market for it, many municipalities and solid waste management companies are choosing to just put it in the landfill, where it leaches toxic chemicals into the soil and then into the water supply. Burying plastic in landfills just hides the problem. And it lasts virtually FOREVER.

What’s to be done?  We will consider some alternatives to single-use plastic (some good, some not so good) in part 3 of “What Should I Do with My Yogurt Cup?”