Living Without Water is Draining Us: New report released on economic impacts of water access inequity 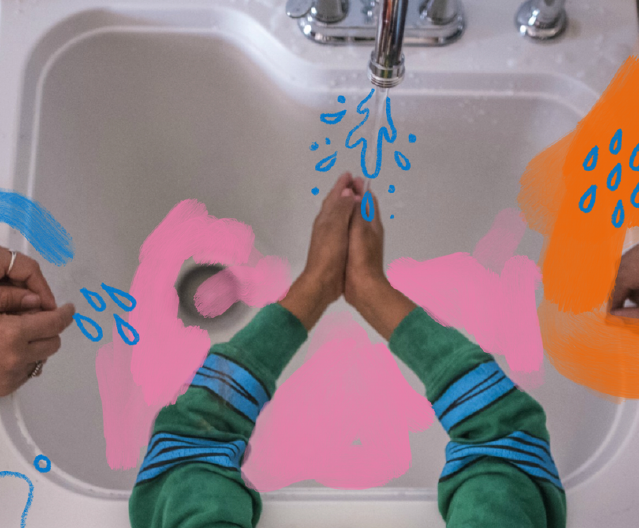 In June 2022, human rights nonprofit DigDeep released the first ever US study on the national price tag for allowing millions of Americans to live without running water. The findings from the report are staggering.

Many of us in the US take water flowing from a tap and the ability to flush a toilet for granted. But life without water access is a reality that 1.57 million Americans face, the report asserts. This grave number represents what the study calls the water access gap, and it greatly harms health, livelihood, and economy in the US: Water access inequities are costing the nation’s economy $8.58 billion every year.

The authors contextualize their findings within the history of US infrastructure funding. The water access gap, the study reports, began 100 years ago during the first flush of water infrastructure investment. Governmental decisions about who got money to invest in water infrastructure closely traced racial and economic lines: those who were already at a disadvantage due to racist policies of the 1930s still make up the majority of people living without water access today. These communities are still at a severe disadvantage when it comes to funding and many still lack any kind of water infrastructure. The recent Bipartisan Infrastructure Law and new funding sources, the report says, are a good starting place to close that gap, but further investment is absolutely necessary.

Here are the 5 Key Findings the report identifies (from page 29):

Based on their analysis, the economic harm caused by the water access gap for the 539,000 households (1.57 million people) lacking complete water infrastructure for reliable and running water conservatively comes to a total loss of $8.58 billion per year. Cost categories include physical health, mental health, time lost from hauling water, water purchasing costs, lost productivity impacts to GDP, and implicit costs of premature deaths.

The report also calls attention to how people deal with lack of water access. They astutely refer to these issues as “coping mechanisms,” which include: limiting bathing and handwashing, cleaning and bathing in local surface water, straight-piping waste into the ground or nearby streams, using a cesspool, substituting drinking water with sugar-sweetened beverages, relying on a failing septic tank, or defecating in the open. These strategies, though essential for coping with lack of water access, add up to serious public and environmental health problems.

The second half of the report is dedicated to solutions and includes success stories on the family scale from people whose lives improved tremendously once they had water access for the first time.

According to the study’s models, the benefits of closing the water gap outweigh the costs by 5 to 1. Even when assuming that not all water systems can sustain operations through rate payments alone, it still makes sound economic sense to invest state and federal dollars to close the water gap.

4 Strategies to Close the Gap:

The reports estimates that the grand total cost for closing the gap right now is roughly $42 billion. This may seem like a heady price tag, but researchers also assert that this wouldn’t have to be paid outright. An initial investment of $18 billion would be the first step. And remember – according to the study, the cost benefits to investing in closing the water gap outweigh the overall cost by 5 to 1 when considering costs associated with lack of access: disease burden, decreased economic activity, and opportunity costs. The authors urge political decision-makers to use the findings in this economic analysis as justification for bigger investments in water infrastructure.

The report has an approachable, well-organized design and uses plain language. Anyone who is interested in water access issues could pick it up and understand the main findings, and this report should be required reading for all of us who work in the water sector. The report also contains a wealth of carefully researched statistics and modeling to back up the arguments.

Though numbers and economic costs are the main focus of the report, the writers do not turn a blind eye to the human suffering behind lack of water access. Between all those statistics are interviews, photos, quotes, and stories from families who have suffered from lack of access – and whose lives turned around when the tap turned on – give a human face to this struggle.