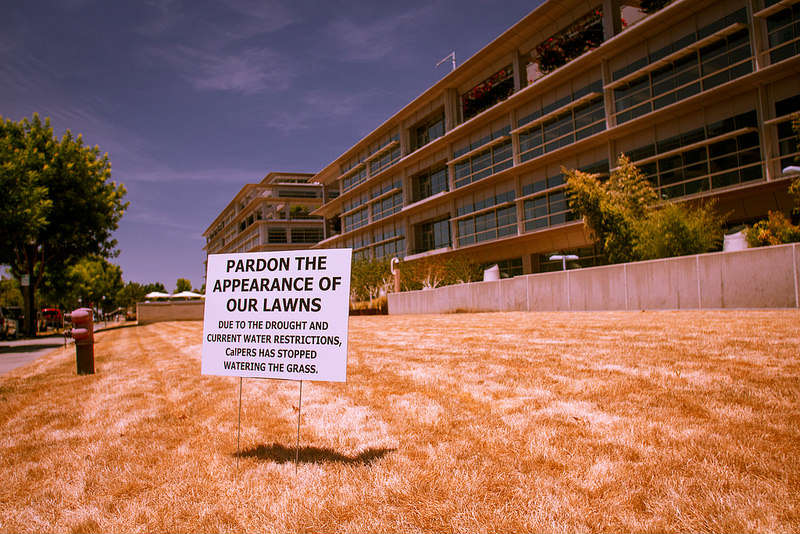 There has been a lot of talk in the last couple of weeks about the Governor of California’s water restrictions.  He is calling for mandatory 25% reductions in potable water usage in urban areas.

What doesn’t seem to be getting a lot of attention is the financial implications of the Governor’s actions.

Financial implications of the Governor’s actions

If water customers reduce their use, water revenues will also decline.  Considering that many water utilities impose an increasing block rate – you pay more if you use more – and the high end users will be targeted the most for these reductions, the revenue decline may be quite substantial.

Imposing high fees on customers who fail to meet the required reductions may temporarily provide some revenue to fill this gap, but since the goal is to have the price signal be a means of ultimately getting these customers to reduce their use, it is not a long term means of providing the revenue.

Unfortunately, for the vast majority of water utilities, cutting use by 25% does not cut expenses by 25%.

Cutting use impacts electric usage, chemical usage, and a few other variable expenses, but doesn’t impact the costs of maintaining the infrastructure, paying the staff salaries, providing the water bills, meeting compliance sampling, paying for debt service, or any of the other fixed expenses.

So as the water use goes down, revenues will fall and if utilities don’t simultaneously raise rates, they will find themselves in a revenue shortfall situation.  This shortfall may be quite substantial for utilities that depend heavily on variable revenues.

Rate increases are never popular and will be even less popular as customers are being asked to severely restrict their usage.  The message of “use less but pay more” will be a hard sell.

However, this is exactly the time to start the larger conversation regarding water pricing.

For far too long, we’ve told the public that if you use less you will save money and sold cost savings as the primary focus of conservation. This was never the correct model.

We should all want to use water efficiently.

If utilities run into a revenue shortfall, what will be cut from the budget?

So, the question arises if utilities run into a revenue shortfall, what will be cut from the budget?

Let’s face it, some things will be easier to cut from the budget, at least in the short term, than others.

In the short term, water utilities may be able to make ends meet, but what about the long term?

We will face premature failure of assets due to inadequate maintenance which will require replacement or expensive repair which will ultimately increase the long term operational expense. We will see more catastrophic failures like the one last summer when a pipe broke and flooded out UCLA’s campus.

If we can’t replace infrastructure in a planned way, we will have to do it when it is an emergency. We know this is a much more expensive proposition.

Therefore, a short term desire to pay for the reductions through budget cuts will have a very negative long term impact on water costs down the road.

Putting off rate increases now will mean much higher increases in the future or severe customer impacts related to water outages and/or flooding.

Let’s hope the conversation turns to the financial impact of the very necessary water reductions while we’re at the beginning of this process so that water utilities can receive support for simultaneous cuts in water usage and rate increases.

Let’s also hope that the conversation spreads out of California to other arid regions to allow for a rational discussion of the need for wise use of water and realistic water pricing.