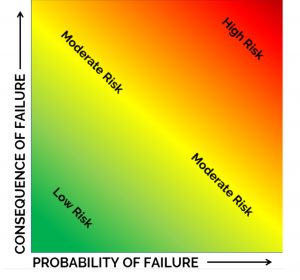 Once a criticality score has been assigned to each asset, the severity of the risk can be visualized in a matrix. Plotting the criticality score on a graph with probability of failure on one axis and consequence of failure on the other axis is the easiest way to accomplish this. Assets with high criticality scores – those that are likely to fail and have the highest consequence – are the highest priority and fall into the red zone in the upper right-hand corner. These assets should be targeted for early replacement or rehabilitation, prior to the asset failing. These assets represent events the system does not want to occur, and it is worth sacrificing some asset life to prevent the failure.

Those assets with a high probability of failure but a low consequence, fall into the bottom right box. These assets can be run to failure to get maximum life out of the asset. Run to failure is a management strategy that can be used because the consequences of the failure are low. This management style requires that the utility be prepared to take action when the asset does fail (perhaps by having spare parts on hand or ensuring proper operator training) but does not require taking action prior to the failure.

Those assets with a low probability of failure but a high consequence of failure fall into the box on the top left. These assets are good candidates for monitoring or predictive maintenance. If monitoring shows a potential failure has occurred, preventative maintenance should take place to prevent the functional failure. If monitoring shows that the assets are becoming more likely to fail their criticality will increase into the high criticality box. At that point, the asset should be replaced early because the consequence of failure is too severe to allow the failure.

Any assets with a low probability of failure and a low consequence of failure would be considered “low risk” and fall within the box in the lower left-hand corner. These assets in the green area are the lowest priority and staff should perform only the necessary O&M to maintain performance. Spending in this portion of the criticality matrix will not reduce the overall risk profile while spending in the upper right quadrant or even the moderate risk areas does have the potential to change the overall risk profile and create a less risky operation. Therefore, expenditures such as expensive predictive monitoring should not occur for the low-risk assets.

The matrix makes it easy to compare assets and determine which of the assets are most critical. This is a useful tool for communicating asset risk to board members or community members who may not understand what a particular criticality score means. 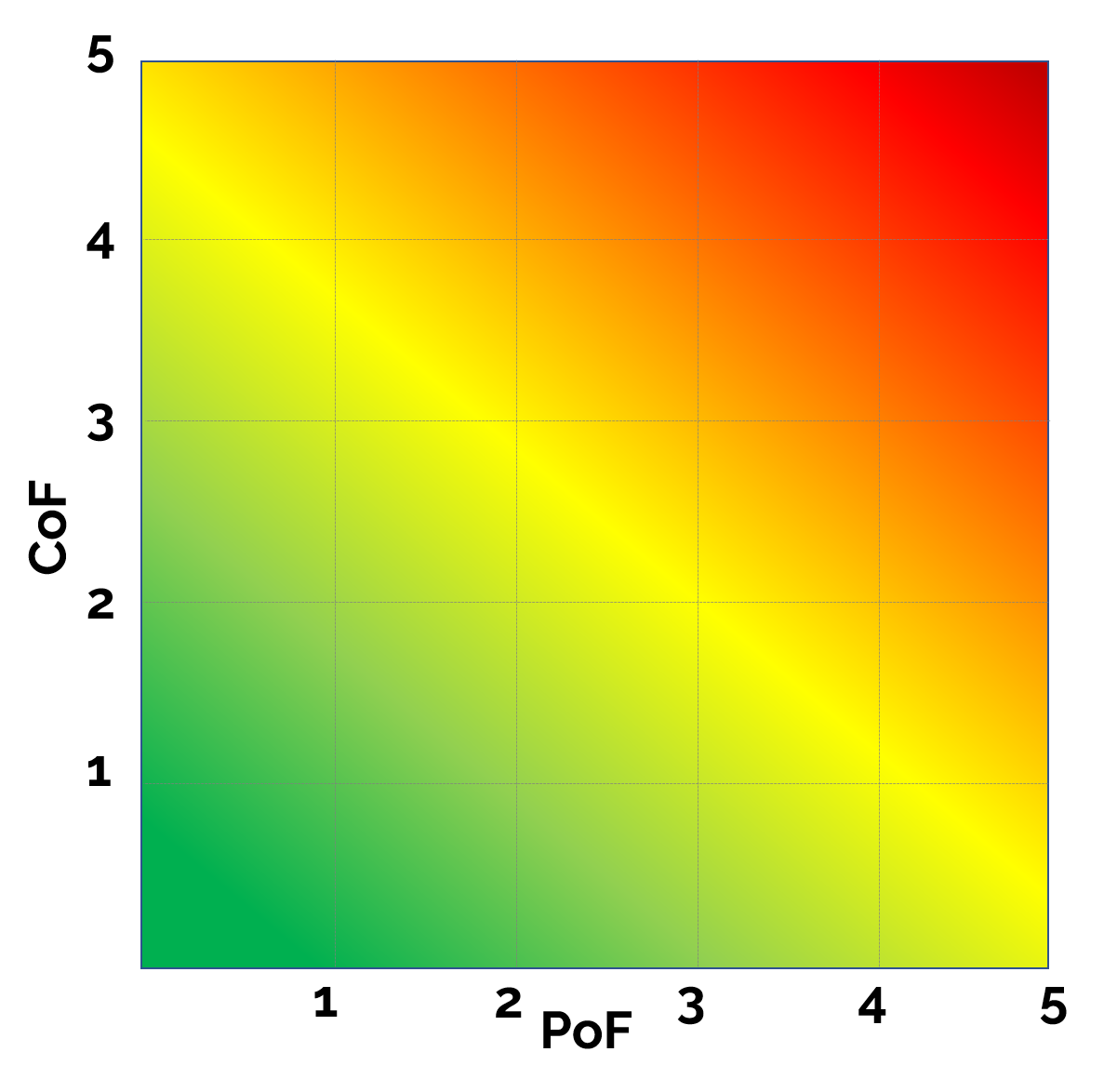 Below are three other examples of ways to represent criticality visually that may help systems more effectively communicate risk internally and with external stakeholders. These examples are from a wastewater system assessing one of their pump stations. Asset ID’s have been removed for anonymity. A visual such as these or some other visual is recommended. 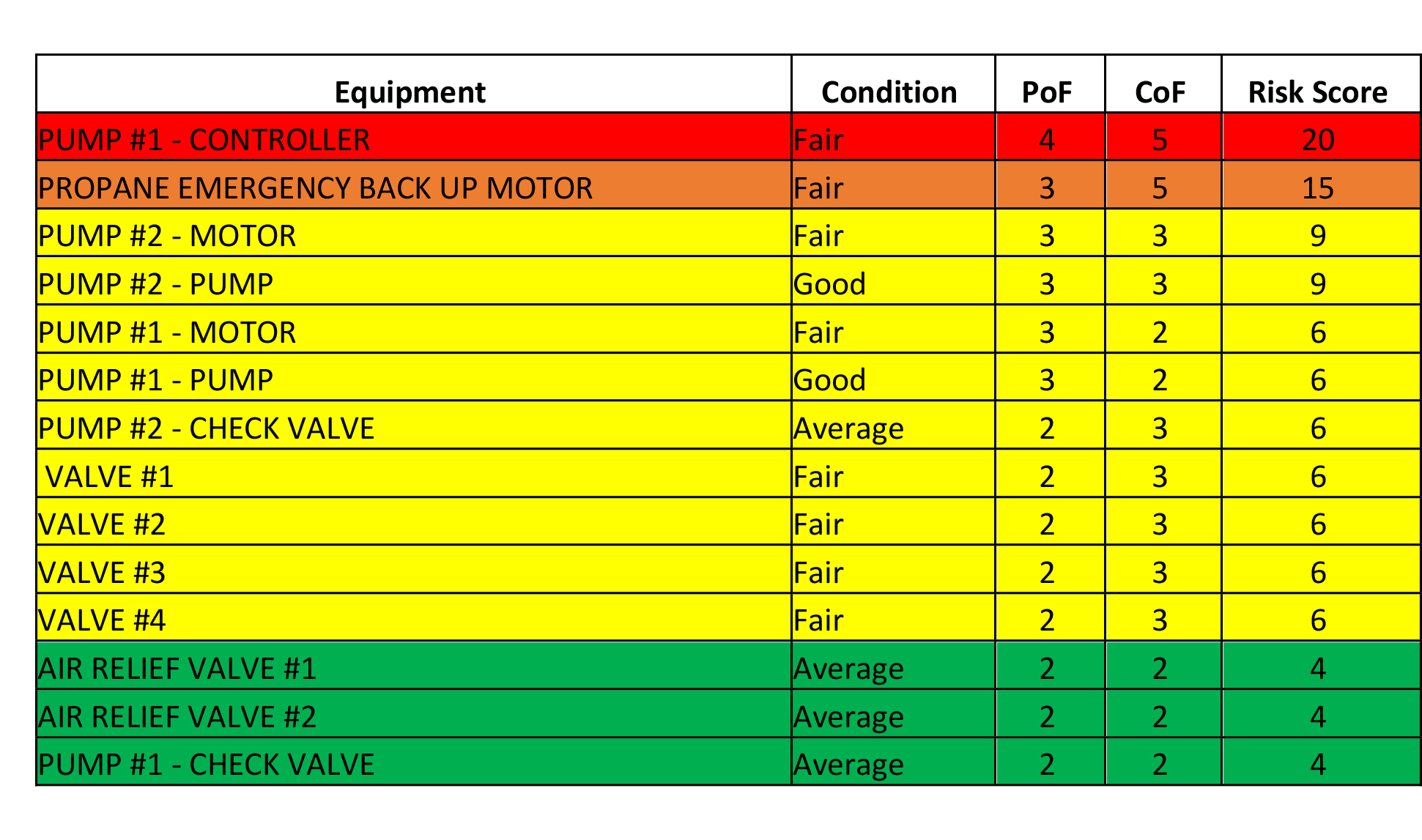 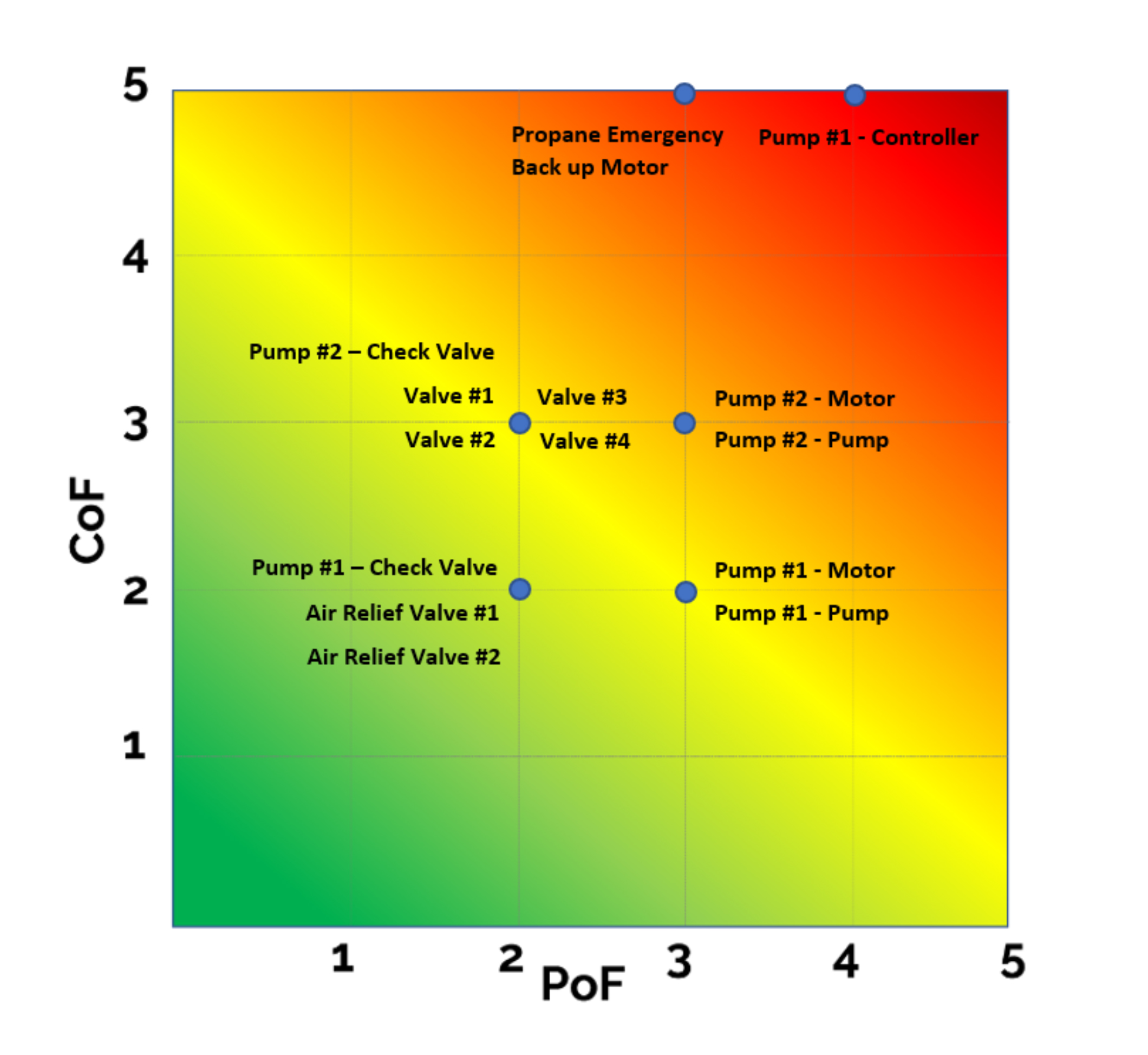